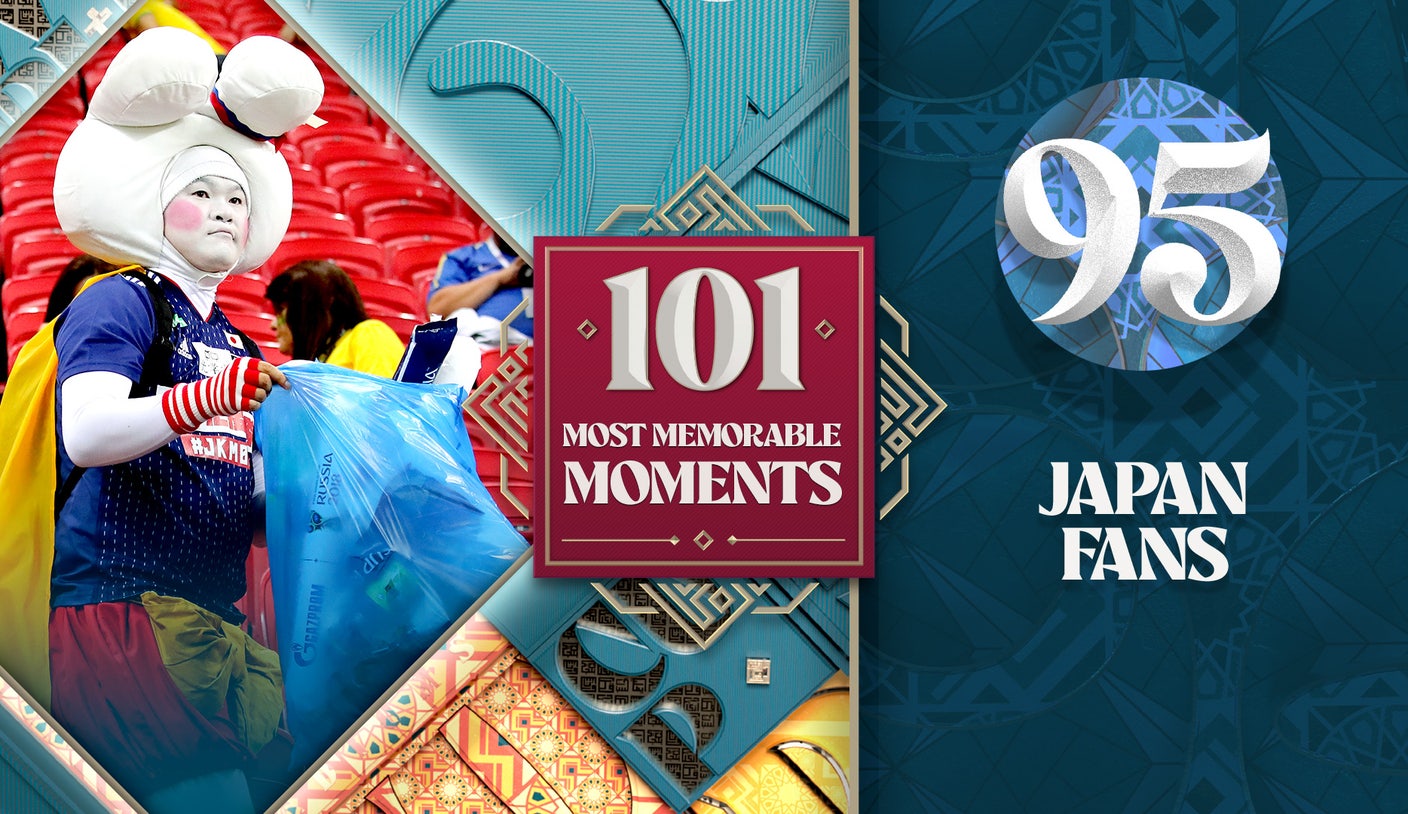 Editor’s note: Each day between now and the kickoff of the first match of the 2022 FIFA World Cup on Nov. 20, we’ll unveil a different memory from World Cup history. The countdown from 101 continues with Japan’s thoughtful fans at Russia 2018.

An army of cleaners armed with trash bags and leaf blowers descend on the garbage-strewn stands at the conclusion of any World Cup match — throw a party for tens of thousands of people, and they’re going to leave a mess.

After Yuya Osako‘s second half goal gave the Blue Samurai a 2-1 victory over Colombia in both countries’ first group stage match in 2018, the Japanese supporters marched through the rows of seats, picking up whatever litter had been left behind.

Japanese fans take fandom to the next level: No. 95 | Most Memorable Moments in FIFA World Cup History

Coming in at the No. 95 most memorable moments in FIFA World Cup history, from the 2018 FIFA World Cup it’s the Japanese fans staying late and cleaning up the stadium after one of the games.

The gesture of respect and responsibility was lauded around the world. Japan’s fans got to repeat the practice beyond the first round thanks to their team, which advanced to the knockout stage ahead of Poland and Senegal.

One of the leading soccer journalists in North America, Doug McIntyre has covered United States men’s and women’s national teams at multiple FIFA World Cups. Before joining FOX Sports in 2021, he was a staff writer with ESPN and Yahoo Sports. Follow him on Twitter @ByDougMcIntyre.

Get more from FIFA World Cup 2022 Follow your favorites to get information about games, news and more.