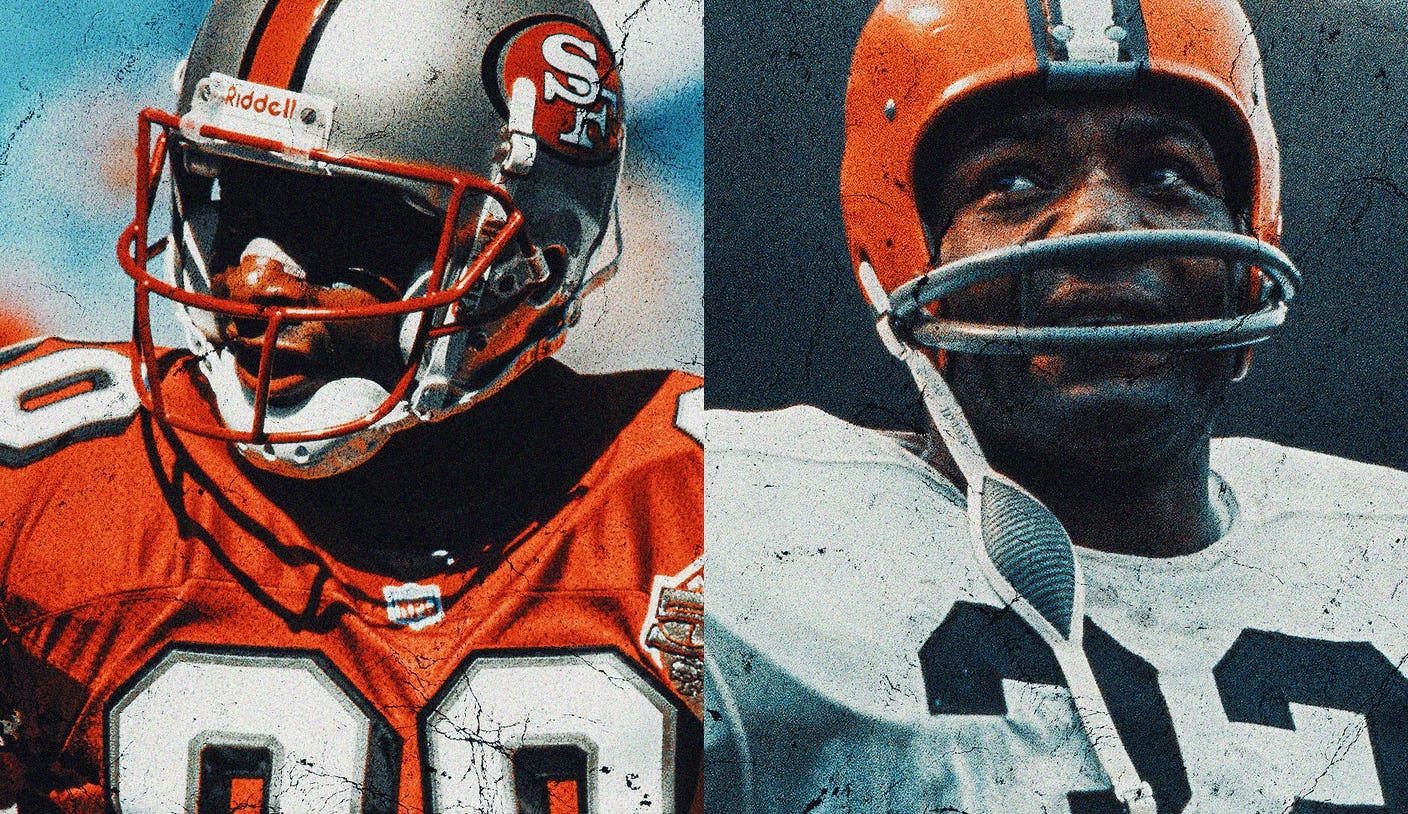 When discussing all-time football greats, focus is typically given to quarterbacks — Tom Brady, Joe Montana, Peyton Manning and others.

But who is the best non-quarterback ever?

There are a number of candidates for that title, and on Wednesday’s “Undisputed,” NFL Hall of Fame tight end Shannon Sharpe said he kept going “back and forth” between Jerry Rice and Lawrence Taylor.

“I’m forced to pick Jerry, because of Jerry’s level of greatness that he was able to sustain for 20 seasons,” Sharpe said. “He’s 5,000 yards over the next closest receiver, which is Larry Fitzgerald. He’s 41 more touchdowns over the next closest, which is Randy Moss. He’s 100 more catches over the second-closest, which is Larry Fitzgerald. He’s got 13 Pro Bowls, 10 first-team All-Pros, two Offensive Player of the Year Awards, three Super Bowls and a Super Bowl MVP.

“At the age of 40, Jerry Rice had 1,200 [receiving] yards and went to the Pro Bowl. It’s no question, whatever debate there was on who is the GOAT receiver. That should’ve been open and shut many years ago. There is no debate.”

When it comes to stats, Rice is far and away the best receiver of all time in that aspect.

Not only are his 1,549 career receptions for 22,895 yards and 197 touchdowns the most ever by a receiver, but the six times he led the league in receiving yards and receiving touchdowns are also the most in the Super Bowl era.

Sharpe said he wouldn’t begrudge anyone for picking Taylor, who won an MVP award, three Defensive Player of the Years and two Super Bowls.

However, Skip Bayless picked someone else as his top non-quarterback NFL player ever.

“Jim Brown to me was the greatest non-quarterback. … I watched games where they could not get that man on the ground,” Bayless said. “He was bigger, stronger and faster than anybody. He only played nine years, and he led the league in rushing eight of those times. He had three MVPs. He led the league in touchdowns.

“[The Browns] won the [1964 NFL] championship because of him,” Bayless added. ” … He dominated in ways Jerry and [Lawrence Taylor] couldn’t dominate because he was their whole offense. He was the whole show.”

Bayless: Jim Brown is greatest non-QB of all time

Skip Bayless explains why he picks Jim Brown as the best non-QB in NFL history.

Brown’s short career, at least relative to other legendary running backs, hurts his standing a bit in some of the all-time rushing records. He’s sixth all time in rushing touchdowns (106) and 11th in rushing yards (12,312). However, his 104.3 rushing yards per game are the best ever, and he’s the only player to rush for an average of 100 yards per game in NFL history (minimum 750 rushing attempts).