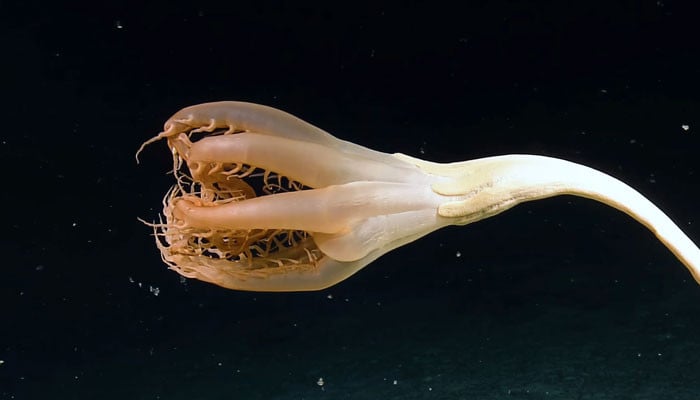 In a video released by Nautilus Live, a rare eight-foot-long sea animal which is known as Solumbellula Sea Pen was spotted.

This was the first time it was seen in the Pacific Ocean. The freakish creature was found swaying 3,000 metres below the surface.

While the sea pen looks a little creepy, it is being considered a great victory.

“My mind is blown right now,” one of the researchers remarked in the video.

The creature simply looks like a flower floating in the water.

Other scientists can be heard expressing awe at the sight of its 40-centimetre-long tentacles coming out of its two-metre-long stalk.

While it is hard to determine age, based on its size, scientists believe that the sea pen might be old.