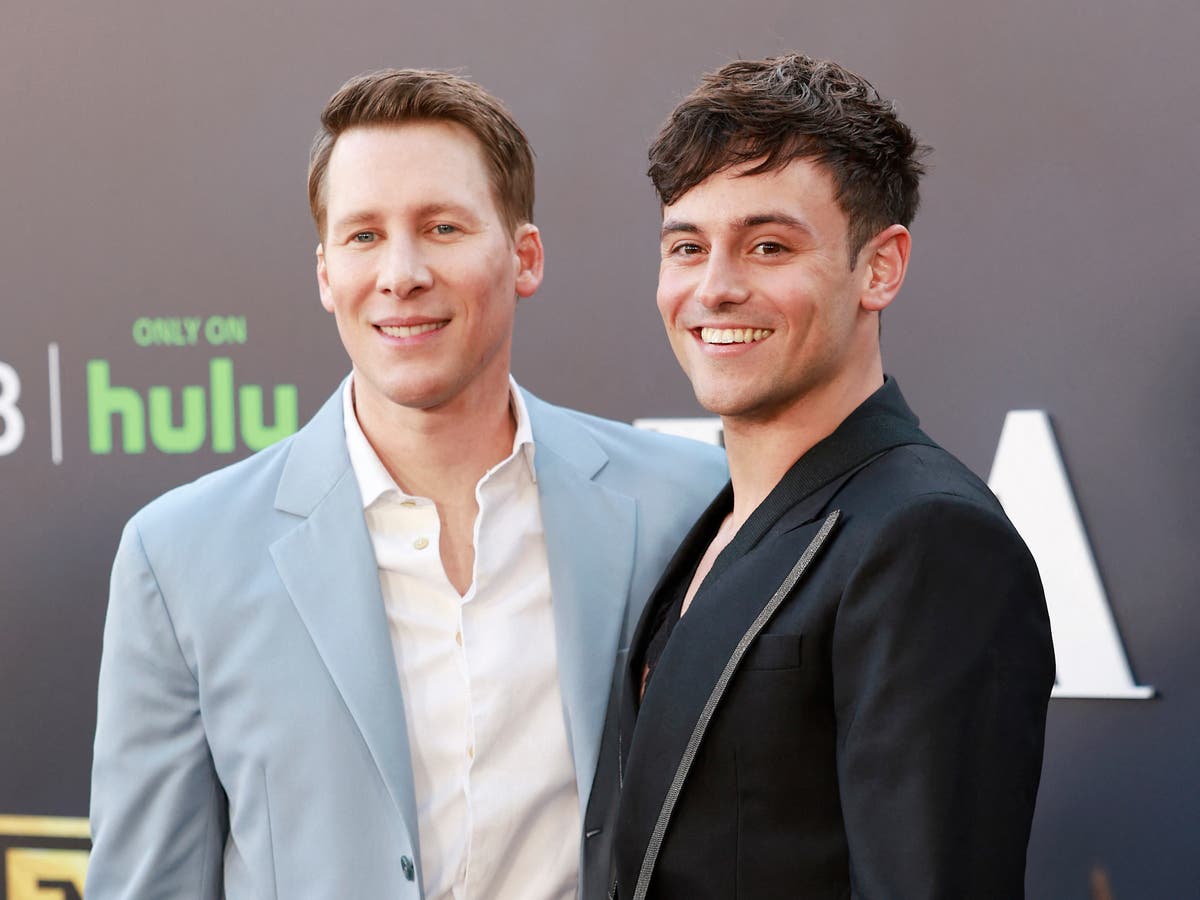 Tom Daley’s four-year-old son Robbie is “not interested” in following in his father’s footsteps and learning to dive.

Daley earned his first Olympic gold medal in the 10-metre platform event during the 2020 Tokyo games.

Daley’s son Robert – whom he shares with his husband Dustin Lance Black – recently learned to swim but is not keen on diving.

“This time last year, [Robbie] was the only kid in the class who didn’t want to jump in the water,” Daley told The Guardian.

He said Robbie has not learned to dive yet, adding: “He’s not interested in that.”

While Robbie may not be eager to emulate his father’s success in the swimming pool, they do share some character traits.

“He’s great! Robbie’s got a lot of personality!” Daley said, adding that the youngster loves to climb things and jump off them.

“It scares the living daylights out of me. Lance says, ‘What do you expect? You climb up things and jump off them for a living.’ When I look back, I wonder how my parents dealt with watching me do what I do every day and not be petrified.”

Daley also disclosed some of his future plans, revealing that he and Black plan to have at least one more child.

He also hopes to expand his line of knitting kits, Made With Love, “and really go into the world of fashion”.

“I’d love to eventually be a TV host. A proper one. Ant and Dec vibes. Or Holly and Phil.”

The interview comes ahead of Daley’s new BBC documentary, Tom Daley: Illegal To Be Me, which follows the athlete as he visits Commonwealth countries with the strictest LGBT+ laws.

While Daley hailed the increased visibility of LGBT+ people in sport in recent years – Blackpool football player Jake Daniels publicly came out as gay in May – he said the LGBT+ community is being “fractured” by the right wing.

“The right wing is very good at making people fight with each other to create tension and division and fear,” Daley said.

“If you ask the younger generation, nobody cares what somebody’s gender is or what their sexuality is. Everybody just wants to be a human being.”