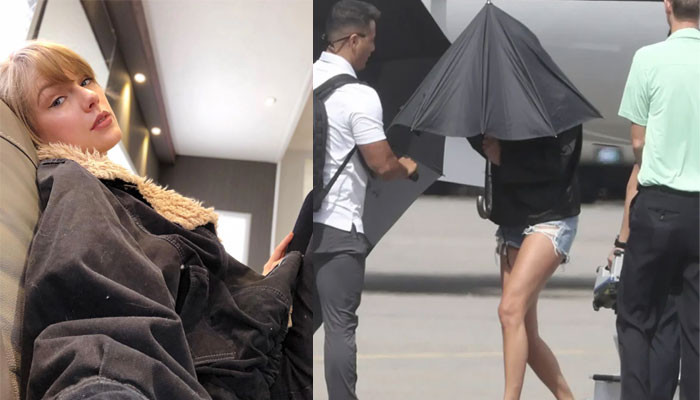 Taylor Swift attempted to go incognito while getting off a plane last month — just weeks before facing backlash for being named the celebrity with the worst private jet carbon emissions.

Exclusive photos obtained by The Daily Mail show Taylor returning to the US from a trip to London where she spent America’s Independence Day consoling her boyfriend, actor Joe Alwyn, following the death of his great-uncle.

Paparazzi snapped the All Too Well singer, 32, hiding behind an umbrella while deplaning at Hollywood Burbank Airport on July 5.

Several members of Swift’s team were also photographed getting off the same flight wearing face masks.

Following the singer’s return to the US, at some point, not recorded by online flight trackers, the singer went back to London.

The photos resurfaced this week as Swift faces criticism for reportedly taking 170 flights since January, resulting in more than 800 tons of carbon emissions.