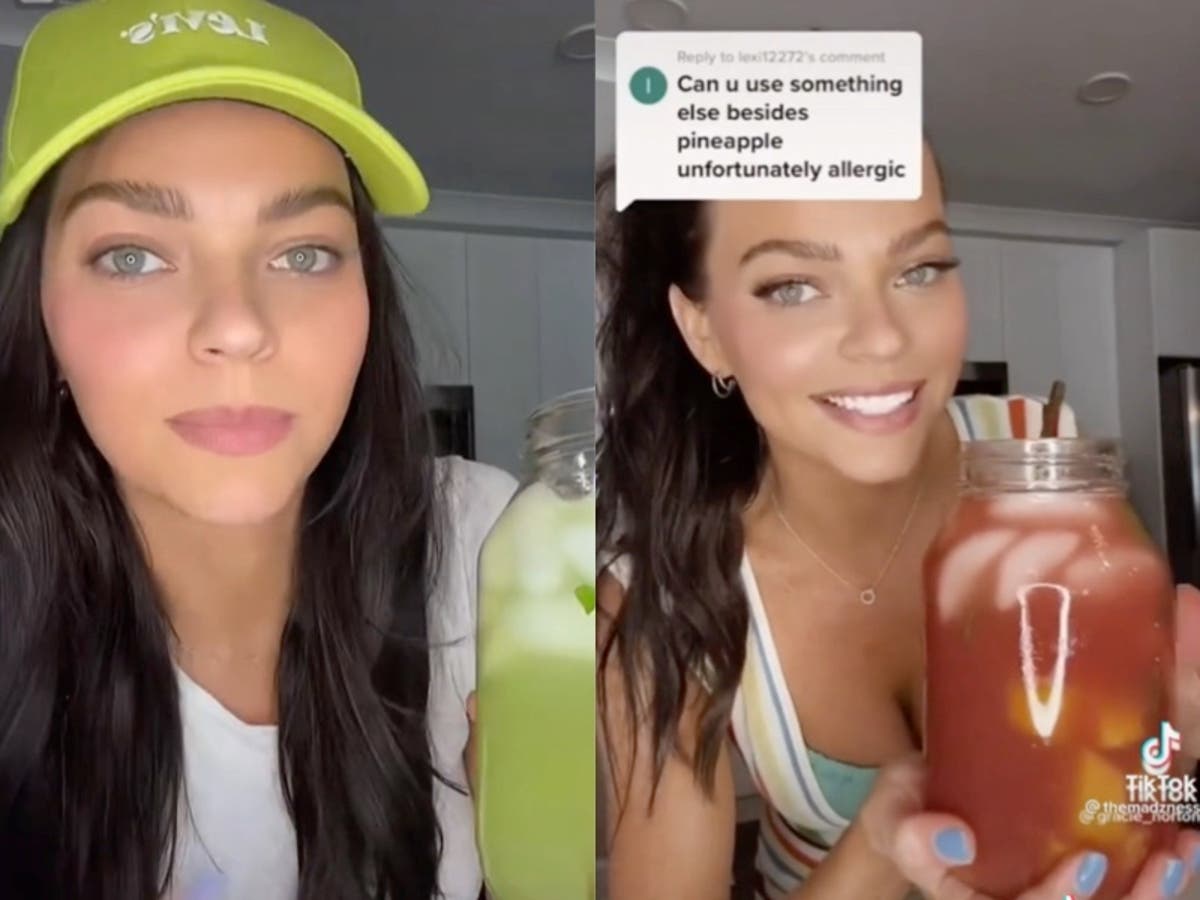 An influencer’s attempt to share a recipe for “spa water” has sparked a conversation about cultural appropriation after users pointed out the drink shares the same recipe as the popular Mexican drink agua fresca.

The trend began with Indiana-based influencer Gracie Norton, who boasts more than 550,000 followers on the app, where she shares health and wellness tips, and who posted about the drink late last month.

In the since-deleted videos, Norton touted the drink, consisting of water, cucumber, lime juice and sugar, as being “anti-inflammatory,” packed with “antioxidants” and being able to help with digestion.

“And it’s personally just my favourite way to stay hydrated,” Norton said, before showing followers how to create the drink. Norton also created subsequent recipe videos about the drink, in which she swapped out cucumber for other fruits, according to Today.

The videos soon sparked backlash on the video-sharing platform, where many users noted the similarities between Norton’s so-called “spa water” and agua frescas. Agua frescas, which translates to “fresh juice,” are found throughout Mexico and central America.

“Girl made an agua fresca and passed it off as ‘spa water,’” TikTok creator @strawberrryc0ugh captioned a video of Norton’s “recipe,” while another user, @themadzness, noted in a video of their own that “they are now gentrifying agua fresca”.

“They are calling it spa water. You know what I think of when I think of spa water? I think of this,” the TikToker continued as they showed a bathtub full of dirty water, before showing a photo of the centuries-old drink and noting that “this is agua fresca”.

Norton’s video also prompted some creators, such as @erikangel_, to mock the influencer’s beverage and pretend to order the spa water at an agua fresca stand. “Hi, how much for the spa water?” Erika asked in the skit, to which a woman speaking Spanish responded with confusion as she asked what spa water was. “Spa water, the one with great benefits,” the TikToker continued, to which the “vendor” replied: “Ah, agua fresca.”

The backlash over the spa water trend also extended to Twitter, where users continued to condemn the recipe as cultural appropriation.

“Being Latina is like a trend now…don’t get me started on ‘spa water’. It’s pretty annoying, you can love what we have to offer but don’t take credit for it,” one person tweeted, while another said: “Calling agua fresca ‘spa water’ is the biggest form of cultural appropriation I have seen yet.”

Daniela Rabalais, a TikToker who recently went viral for calling out the cultural appropriation rampant on the app by jokingly referring to hot dogs as sausage tacos, also shared her criticism of Norton’s recipe. She told Refinery29 that she thought the criticism spa water received was “valid”.

“The criticism that spa water received is valid. It is definitely cultural appropriation as it’s something that we as Mexicans and Latin Americans have been enjoying for generations that is being presented as a new idea by white creators,” she explained.

Following the backlash, Norton removed the videos from her TikTok, and shared an apology to her Instagram Stories.

“Recently I filmed a spa water series, which I titled incorrectly. The proper name for this drink is agua fresca, and the origin belongs to the Latin community,” Norton wrote, according to a screenshot. “Many of you have let me know that you would feel more comfortable if the videos were completely removed, so that is what I have done.”

Norton then went on to note that her content is “about celebrating the many ways we can show our bodies love through trying new recipes,” and that she is now “aware” that it is her “responsibility to continue to educate myself on the origin of those recipes”.

“I sincerely apologise to the Latin community and those of you that I have offended,” she said.

While speaking to The Sun, the 24-year-old influencer also said that she is aware why many found the recipe offensive, but that she had “nothing but good intentions”.

“After talking with several people who commented on the situation, I now understand why I have offended so many people. I had nothing but good intentions, and was hoping to share a recipe I thought may help people with their PCOS [polycystic ovary syndrome] symptoms,” she said. “However, upon reflection, it has become clear to me why this was so harmful to the Latino community.

“I hope that in time, everyone will know how much I have learned from this experience and that I am truly so sorry to the people I have offended.”

While she acknowledged the issue, Norton also said that it is important for people who make mistakes to be given the opportunity to grow and learn.

“I strongly believe in learning and growing from our mistakes, but people need to be given the opportunity to do that,” she said, adding: “If we cancel everyone who makes a mistake, we don’t give them the chance to correct it and truly evolve, and I think that’s a shame.”