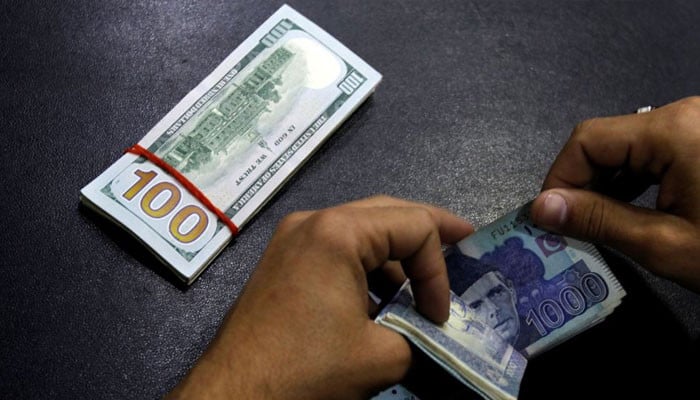 KARACHI: The Pakistani rupee lost further ground amid a deepening political crisis in the country and closed at 236.02 against the US dollar in the interbank market on Wednesday.

The local unit lost Rs3.09 or 1.31% today — the first trading session after the Supreme Court removed PML-N Hamza Shahbaz as chief minister of Punjab, dealing a massive blow to the Shahbaz Sharif government in the Centre.

The rupee had closed at Rs232.93 a day ago. The rupee has been one of the world’s worst-performing currencies, slumping more than 30% since the start of the year (2022).

According to currency traders, deepening political uncertainty and the lack of dollar liquidity yielded pressure on the local unit.

“Banks are short of foreign currency as the central bank is not selling dollars to the market to curb the exchange rate volatility. Exporters are also not converting dollars and that has resulted in the scarcity of the greenback,” the forex trader told The News.

“Some banks are opening fresh letters of credit if the outflow is equalised with the export proceeds of the clients.”

Fears about Pakistan’s faltering economy have increased as the country’s currency dropped by about 8% versus the US dollar last week, its foreign exchange reserves decreased to $9.3 billion as of July 15, and inflation is at its worst level in more than a decade.

In the international market, the dollar is strengthening against all other world currencies, and the rupee is no exception. Even though imports are reducing, Pakistan’s external account concerns have not yet been resolved.

Although the International Monetary Fund (IMF) has agreed to disburse a $1.2 billion loan disbursement, the inflows have not yet occurred because the executive board’s final approval is still pending.

Global rating agencies have given the economy a gloomy outlook, so it is an additional weight dragging on the financial markets generally and the forex market specifically.