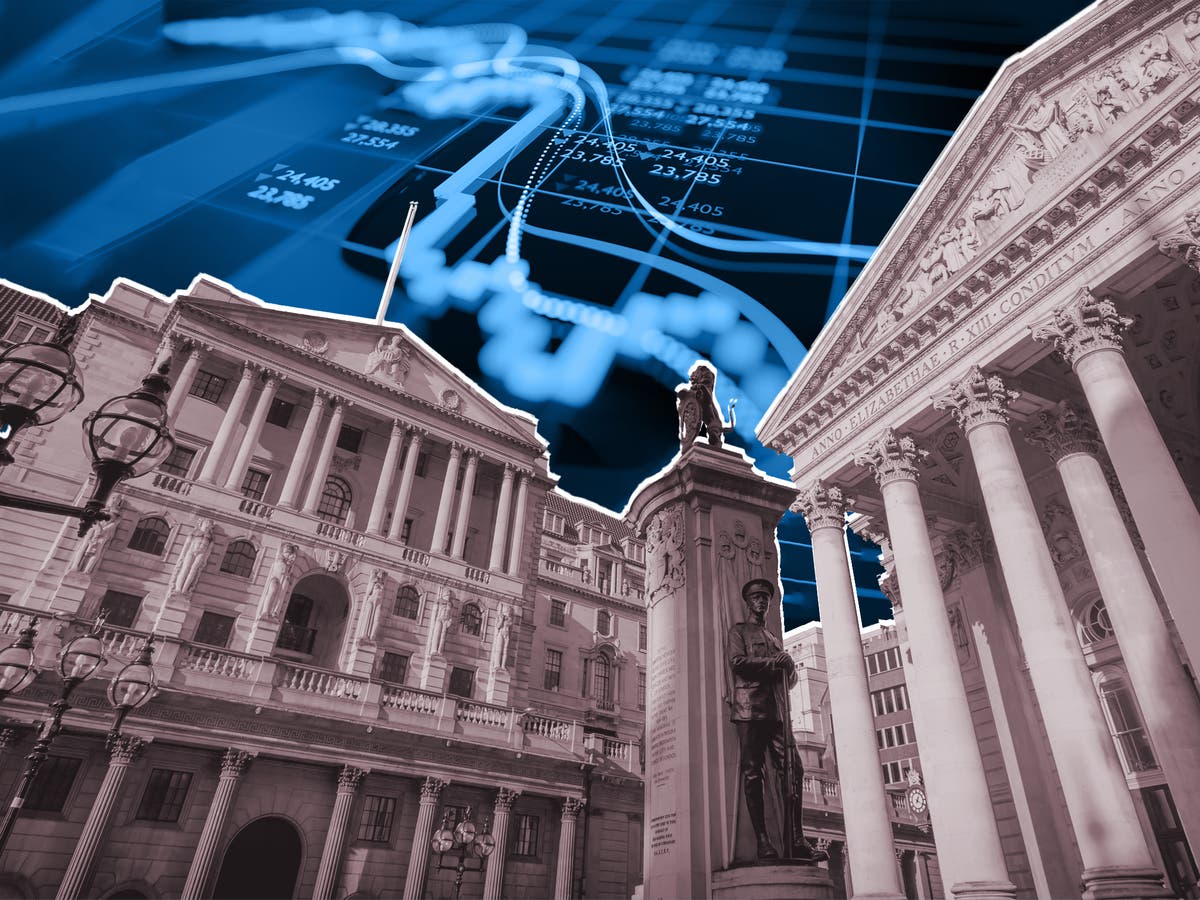 A recession is coming, according to the Bank of England, and it will be a long one, lasting more than a year.

The economy is not expected to shrink as sharply or as deeply as it did during the financial crisis in 2008, but inflation – the rate of price rises – is set to stay elevated through 2023. This will drive down living standards by the greatest rate on record, according to the central bank.

Borrowing is now more expensive with the Bank of England’s key interest rate raised to 1.75 per cent on Thursday. And the buying power of money is set to be eaten into by inflation which it believes will hit more than 13 per cent later this year.

How bad will it be?

It is more helpful to look at how long inflation will be high rather than just its likely peak when trying to gauge how bad things could get for the economy.

The central bank has not only predicted that inflation will top 13 per cent, but also that it will still be as high as 9 per cent this time next year.

This will cause a 3.7 per cent fall in real household disposable income over 2022 and 2023 – the money people have left after paying for essentials.

Without any government intervention to cushion households further from higher prices, the Bank of England believes the economy could shrink by as much as 2.1 per cent. This is similar to the contractions of the early 1990s and 1980s.

Inflation is being driven higher not only by higher energy prices – in part caused by Russia’s war in Ukraine which has seen the country trim its gas supplies to Europe – but also by increases in costs across the economy.

Energy goes into the production of many goods and services so when energy costs rise it has a broad impact on prices as well as directly on energy bills.

But, in the UK, there is also very low unemployment by historical standards, with too few workers to meet businesses’ needs.

That means competition for staff has forced companies to make higher pay offers, which can add to their overall costs and then feed into the prices they charge customers.

Rising costs while an economy shrinks can lead to what economists term stagflation, if these factors combine to cause high unemployment.

Who’s going to feel the most pain?

A key trigger for this recession prediction is that people are likely to start buying fewer goods and services because they will struggle to afford them.

This could reduce the demand in the economy, weaken the jobs market, pushing up unemployment.

For those with jobs, a sustained rate of high inflation will likely be especially painful for people on low fixed incomes.

These groups, which can include poorer pensioners and benefit recipients, are often most exposed to the impact of rising prices. They can generally only afford essentials and they have to buy them even as they get increasingly expensive and have little or no savings.

Benefits are meant to rise in line with inflation, but there’s a lag between the snapshot of price growth used by the government and the increase in cash people receive.

This six month lag means that people are currently facing below inflation increases in benefits – a fall in support. Campaigners have asked the government to cut this lag given how rapidly inflation has risen in recent months.

Money in and money out

There’s not always very much an individual can do in the face of broad economic forces. But, with higher bills a certainty in the months ahead, it is a good time to sit down and take a look at your finances.

Consider the money coming in each month or week, and then compare that to outgoings. Then assume that one in ten of those pounds is lost, and try to gauge what looks affordable on that basis.

If you have debts, seek some advice from a charity such as National Debtline or StepChange because it is important to pay off the most costly debt first if possible. This is not always obvious at first glance.

If you need guidance on some bills or benefits, then Citizens Advice, another charity, might be able to offer some assistance.

A typical tracker mortgage will have to pay about £50 more a month. Those on standard variable rate mortgages will see an increase of close to £60. A range of online calculators can help work out the impact depending on your personal circumstances.

For renters, this might mean that a landlord passes on the increased cost of a mortgage via an increase in rent.

Forecasts of how high the central bank’s key interest rate could go vary, but some economists believe they could go as high as 3.5 per cent in the next two years. Others think that it might peak at close to the current level of 1.75 per cent.

Setting aside any spare money at the moment might not feel tempting, as its spending power is falling over time. However, saving now could help smooth spending through winter and they year ahead amid rising prices.

There is a higher chance of businesses cutting their workforce or finding it harder to get a new job during a recession.

Businesses are facing higher borrowing costs and higher energy and production costs too. This will make it more challenging for them to hire new workers in the months ahead.

But because an ageing population and a shrinking pool of workers may mean that in a downturn now, unemployment might not rise as much as in previous recessions.

The Bank of England has forecast that unemployment could top 6 per cent by mid 2025, compared to 3.8 per cent at present.