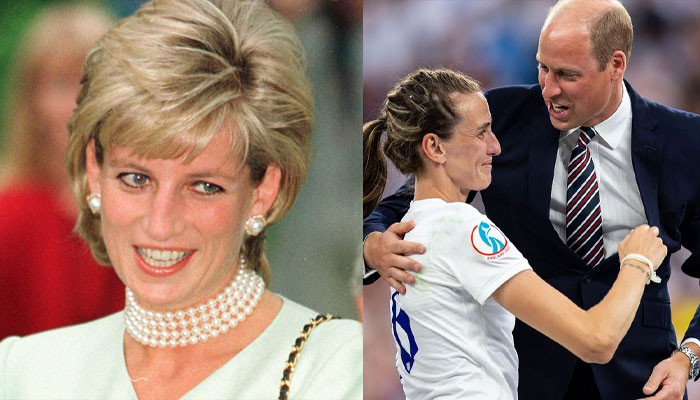 Prince William raised eyebrows when he broke the royal protocol of maintaining no physical contact at the Euro final last week.

The Duke of Cambridge, who is a football fan, was seen giving hugs to the England Lionesses players who beat Germany.

“Historically, there was a rule with royals that you could look but you couldn’t touch. If you met a royal, you could look at them and if they offered you a handshake, you were to accept it.

“That was a lot to do with the mystique surrounding the family but also for security reasons, too,” he said.

“I think William and the other younger royals have realised that they can’t get away with being aloof,” he continued.

“The Queen can get away with it because she’s the Queen and she’s from a different era, but the younger royals have been brought up very differently.”

Explaining how the Duke’s actions were influenced by his late mother, the expert said, “Diana was a hugger and I think that this physical contact and hugging people has a lot to do with how William was raised.”