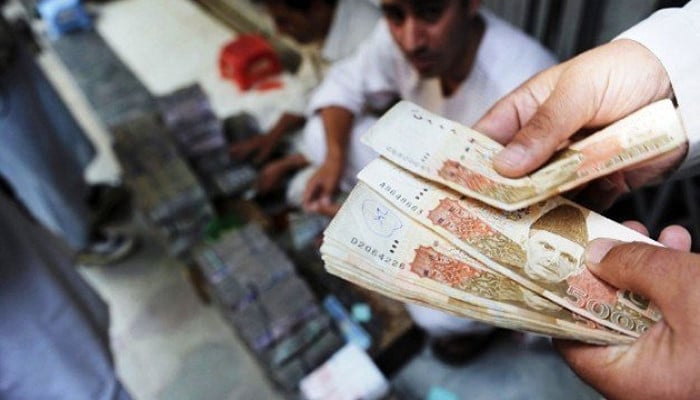 KARACHI: As the political crisis in Pakistan deepens, the Pakistani rupee hit an all-time low against the US dollar Monday during the intraday trade in the interbank market.

However, on a slightly positive note, the rupee regained some ground after having slipped to 232 in intraday trading.

According to data released by the State Bank of Pakistan (SBP), the local unit closed at 229.88 against the US dollar — surpassing its last record low of 228.37 against the greenback after a fresh decline of Rs1.51, or 0.66%.

Fears have risen about Pakistan’s stuttering economy as its currency fell nearly 8% against the US dollar in the last trading week, while the country’s forex reserves stand below $10 billion with inflation at the highest in more than a decade.

In a statement to Geo.tv, Muhammad Saad Ali, a capital market expert, said that the rise in political uncertainty — of whether the present government will remain in office long enough to stabilise the economy and the continued confusion around who governs the Punjab province — is causing the rupee to slip.

“Note that BoP (balance of payments) pressures on the currency have eased, as per the SBP, which asserts that Pakistan has enough capital commitments for the next 12 mths to take care of its dollar outflows,” he said.