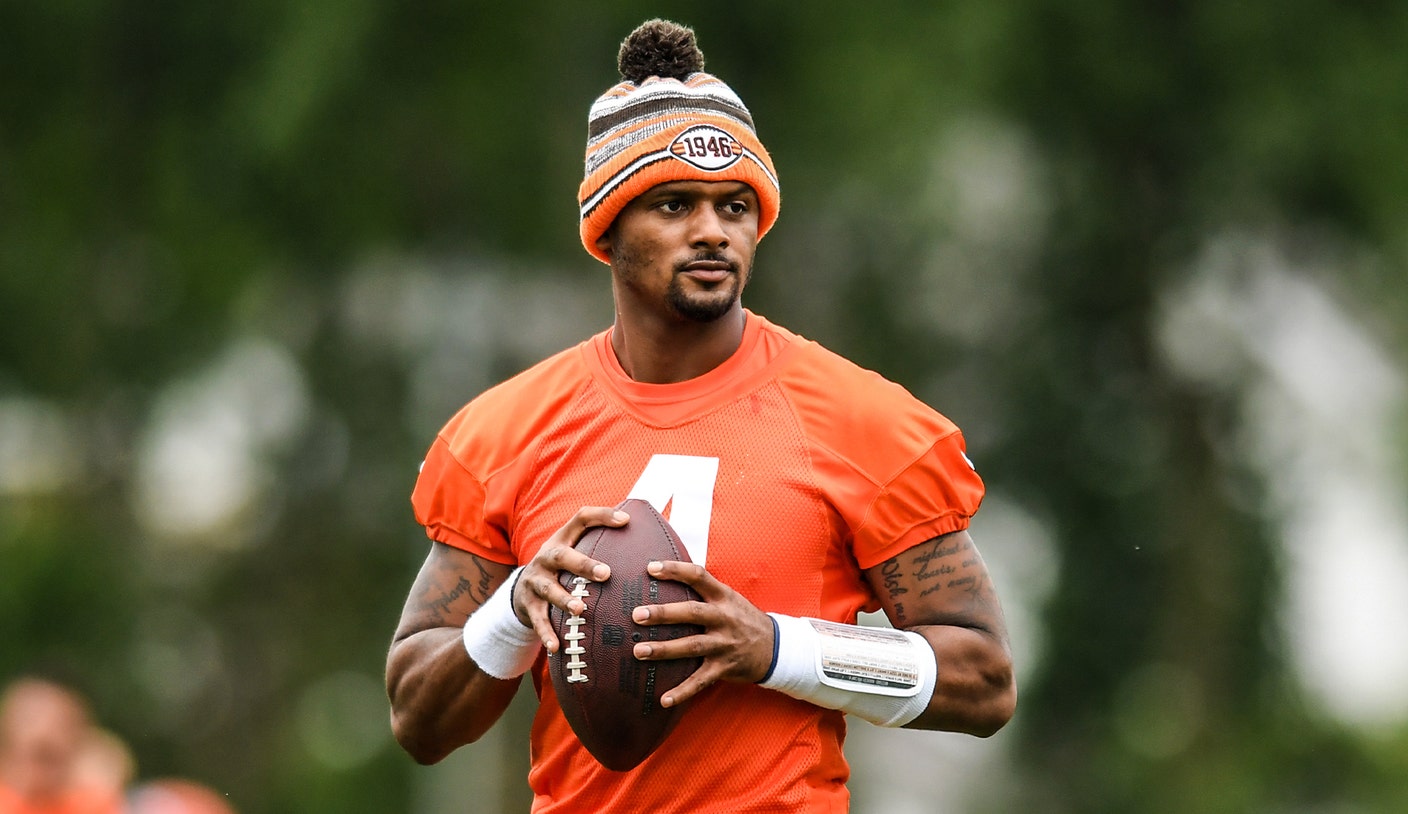 The NFL is appealing a disciplinary officer’s decision to suspend Cleveland Browns quarterback Deshaun Watson for six games for violating the league’s personal conduct policy, giving Commissioner Roger Goodell or someone he designates authority to impose a stiffer penalty.

Former federal judge Sue L. Robinson issued her ruling Monday after Watson was accused by two dozen women in Texas of sexual misconduct during massage treatments while he played for the Houston Texans.

In her 16-page report, Robinson described Watson’s behavior as “more egregious than any before reviewed by the NFL.”

Robinson’s punishment — in her first case since being jointly appointed by the league and NFL Players Association — fell well short of the indefinite suspension of at least one year sought by the league.

So, the NFL on Wednesday exercised its right to appeal, per the collective bargaining agreement.

The players’ union has until the end of business Friday to respond in writing. The union could challenge the appeal ruling in federal court, setting the stage for a prolonged fight.

This is the first time since the new collective bargaining agreement was signed in 2020 that the league and the NFLPA turned to a jointly appointed disciplinary officer to determine violations of the personal conduct policy. In the past, Goodell has served as judge and jury to impose penalties on players.

By appealing, the NFL is giving that power back to Goodell, who can choose another person to levy any punishment.

While Goodell has the power to handle Watson’s appeal personally, he won’t be exercising it.

According to a source close to the situation, Goodell opted not to handle the Watson appeal, thus designating the responsibilities to someone outside the league office.

A league official told The Associated Press before Watson’s three-day disciplinary hearing concluded in June that the NFL wanted to avoid an appeal.

But the league proceeded with one amid a backlash from some fans. Other factors include Watson’s lack of remorse, which Robinson noted in her report.

The NFL argued for an unprecedented punishment and wanted to fine Watson at least $5 million, a person familiar with the discussions told the AP on condition of anonymity because the hearing was private.

Watson, who played four seasons with the Texans before sitting out last season and then being traded to Cleveland in March, recently settled 23 of 24 lawsuits filed by the women who alleged sexual harassment or assault during massage treatments in 2020 and 2021. Two grand juries in Texas declined to indict Watson on criminal complaints brought by 10 of the women.

Robinson concluded that Watson violated three provisions of the personal conduct policy: sexual assault; conduct posing a genuine danger to the safety and well-being of another person; and conduct that undermines or puts at risk the integrity of the NFL.

She declined to suspend Watson for a full year based on precedents and the league’s current policy. But Robinson concluded a longer suspension could be justified if it was already outlined in the personal conduct policy.

“While it may be entirely appropriate to more severely discipline players for non-violent sexual conduct, I do not believe it is appropriate to do so without notice of the extraordinary change this position portends for the NFL and its players,” Robinson wrote in her report.

Watson has continued to practice with the Browns while awaiting resolution to his case, which has raised questions about the league’s handling of off-field player behavior, inconsistencies in its personal conduct policy and its overall support of women.

The Browns have been in a state of limbo as well, not knowing when or if Watson will be able to play this season.

Cleveland traded three first-round picks to Houston for the three-time Pro Bowl QB and signed him to a five-year, $230 million contract.

Watson will lose only $345,000 if the suspension is unchanged because his base salary this season is $1.035 million.