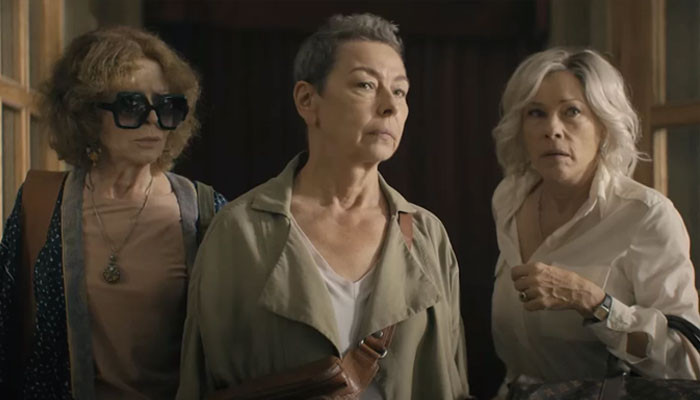 Netflix just unveiled the official trailer for its new crime-comedy series titled The Green Glove Gang. The series will be in Polish but by the looks of the trailer, it may find audiences outside of Poland as well.

The story follows three older female burglars as their heist goes awry. As they evade the police, they find refuge in a local nursing home – where they will uncover a sinister secret.

The three thieves, Zuza, Kinga and Alicja, carry on with their conniving ways at the nursing home but also give its elderly residents a chance for a second youth as the cops close in.

The eight-episode dark comedy, The Green Glove Gang, is produced by Tadeusz Liwa and penned by Joanna Hartwig-Skalska as well as Anna Novak-Zemplinska.

The Green Glove Gang will be available to stream on Netflix, on October 19, 2022.