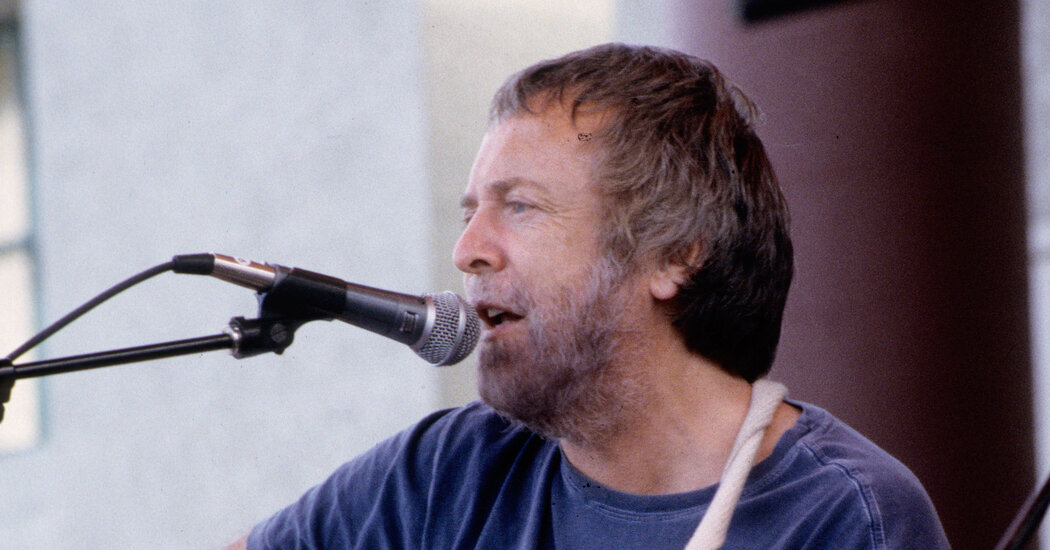 Mick Moloney, a recording artist, folklorist, concert presenter and professor who championed traditional Irish culture and encouraged female instrumentalists in a male-dominated field, died on Tuesday at his home in Manhattan, in Greenwich Village. He was 77.

Glucksman Ireland House N.Y.U., New York University’s center for Irish studies, announced his death. No cause was given. Less than a week earlier, Mr. Moloney had performed at the Maine Celtic Festival in Belfast, Maine.

An immigrant from Ireland, Mr. Moloney was a pioneering scholar in the field of Irish-American studies at N.Y.U., where he was named a global distinguished professor. The university houses his extensive collection of materials in its Archives of Irish America. He reissued a wealth of music by 19th- and 20th-century Irish bands and brought the music to a wide audience whose familiarity with Irish culture often did not extend much beyond commercialized Saint Patrick’s Day events.

A superb musician, Mr. Moloney sang and played the guitar, the mandolin and the banjo, with the tenor banjo his primary instrument. He was a founder in 1978 of Green Fields of America, an interdisciplinary Irish touring ensemble whose members include Michael Flatley, the founder of Riverdance, the theatrical show featuring Irish music and dance.

Mr. Moloney was passionate about exploring the connections between Irish, African, Galician and American roots music and organized many concerts and lectures highlighting those synergies. On one program in the “Celtic Appalachia” series that he led, presented in 2012 at Symphony Space in Manhattan by the Irish Arts Center, the Malian musician Cheick Hamala Diabaté performed on Indigenous African instruments that predated the banjo. Mr. Moloney also collaborated with the Filipino vocalist Grace Nono, among other musicians.

Mr. Moloney’s research extended to the often troubled relationship between Irish Americans and African Americans in the 19th and 20th centuries; at his death he was working on a film called “Two Roads Diverged,” about how those communities found common ground through music and dance despite their antagonisms.

His scholarship also embraced Irish-Jewish relations. On an entertaining recording called “If It Wasn’t for the Irish and the Jews,” Mr. Moloney highlighted vaudeville and Tin Pan Alley collaborations between those two groups of immigrants in America. (One verse asked, “What would this great Yankee nation really really ever do/ If it wasn’t for a Levy, a Monahan or Donohue?”)

Until the 1980s, instrumentalists in traditional Irish music were mostly male, but Mr. Moloney encouraged women to perform as well, organizing a festival in Manhattan in 1985 called “Cherish the Ladies” (the name of an Irish jig) and a concert the next year called “Fathers and Daughters.” He produced an album by the all-female group Cherish the Ladies called “Irish Women Musicians in America.”

Mr. Moloney, who hosted shows about folk music on American public television, was honored by the Irish government in 2013 as a recipient of the Presidential Distinguished Service Award for the Irish Abroad. In 1999, Hillary Clinton, the first lady at the time, presented him with the National Heritage Fellowship, the nation’s highest honor in folk and traditional arts, given by National Endowment for the Arts.

Mr. Moloney was a mentor to many subsequent N.E.A. fellows, including the flutist Joanie Madden, of Cherish the Ladies.

He wrote a 2002 book called “Far From the Shamrock Shore: The Story of Irish-American Immigration Through Song” accompanied by a CD of songs. And he led regular tours of Ireland, highlighting Irish culture through concerts, studio visits, castle tours and pub visits.

“At the heart of the Irish American experience is a sense of displacement, from one country to another, from a rural to a more complicated way of life,” Mr. Moloney told The New York Times in 1996. “There’s that sense of a tug from across the ocean. There’s a profound sense of loss.”

Michael Moloney was born in Limerick, in southwestern Ireland, on Nov. 15, 1944, one of seven children of Michael and Maura Moloney. His father was the chief air traffic control officer at Shannon Airport, west of Limerick, and his mother was the principal of a primary school in Limerick.

Mick, as he was called, studied the tenor banjo, the mandolin and the guitar in his youth, becoming particularly attracted to the “wild sound” of the banjo after first hearing it in the 1950s, he said. Lacking opportunities to hear traditional instrumental music in Limerick, he recalled, he would travel to nearby County Clare to listen to tunes in pubs and record them so that he could learn them.

In his youth he played with the Emmet Folk Group and with the Johnstons, a close-harmony folk band with whom he recorded and toured Europe and America. “Much of their personality stems from Mr. Moloney,” the critic John S. Wilson wrote in The Times in 1971, “who has a charming, disarming gift of gab with which he deftly mingles wry humor and flashing barbs of comment, punctuated by a marvelously Mephistophelian eyebrow.”

Mr. Moloney received a bachelor’s degree in economics from University College Dublin and lived briefly in London as a social worker helping immigrant communities. He moved to the United States in 1973 and received a Ph.D. in folklore and folk life from the University of Pennsylvania in 1992. In addition to N.Y.U., he taught ethnomusicology, folklore and Irish studies at the University of Pennsylvania and at Georgetown and Villanova.

In 1982, Mr. Moloney founded the Irish/Celtic Week at the Augusta Heritage Center in Elkins, W.Va., modeled after the Willie Clancy Summer School, an annual event in County Clare that teaches traditional Irish arts.

In his last two decades, he lived in both Manhattan and Thailand, where he volunteered as a music therapist and teacher for abandoned children with H.I.V. at the Mercy Center in Bangkok. He performed online from Thailand for Irish for Biden presidential campaign events in 2020.

His marriages to Philomena Murray and Judy Sherman ended in divorce. His survivors include his partner, Sangjan Chailungka with whom he lived in Bangkok; a son, Fintan, from his marriage to Ms. Murray; and four siblings, Violet Morrissey and Dermot, Kathleen and Nanette Moloney.

While he dedicated much of his career to academia, Mr. Moloney never lost his energy for making music, describing himself as an artist first and foremost.

“There are thousands of tunes in the tradition, so when we sit down for rehearsal, our job really isn’t to find material, it’s to exclude material, because we’d play them all if we could,” he said in a video interview with The Wall Street Journal in 2015. “On my tombstone,” he added, “I want the inscription banjo driver.”