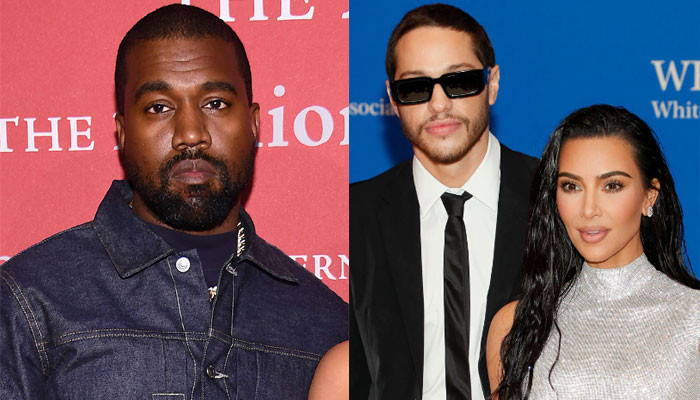 Kim Kardashian reportedly wants things between her ex-hubby Kanye West and beau Pete Davidson cool down and as per recent report, the comedian is ready for peace talks with Ye.

An insider told Hollywood Life that even the former flames’ eldest daughter North has talked to her father about how cool a guy Davidson is.

“Kim wants Kanye to sit down face to face with Pete with the help of a mediator so that he can see what a good guy he is and how he is a positive influence in Kim’s life, as well as their kids’ lives,” the insider said.

“North has spoken to her dad about how cool Pete is and how he is like a funny older brother to her,” the source added. “Kanye knows that Pete isn’t trying to hop into the father role with his kids.”

“And he also knows that he must bend so that he can continue having the type of co-parenting with his kids and Kim that he has right now after Pete returns,” the outlet shared.

“Kanye also knows that he must let go of the anger that he had towards Pete, and he has talked with Kim about this a lot these past couple of weeks,” the insider said.

“Kanye knows that Kim is in love with Pete because she has told him this. He also knows that his past behavior was unacceptable,” added the source. “Pete is open to a face-to-face meeting and he always has been.”

Another source told the publication that the rapper thought Kardashian and Davidson’s relationship was a “total joke” and “didn’t take it seriously” thinking it would never last long.

“Now that Kanye has seen their relationship last longer than he ever imagined, he realizes he doesn’t want there to be this contentious energy between them,” the source said.

The statement continued: “He’s moved past that and realizes it isn’t doing anybody any good to keep the animosity going. Kanye doesn’t see Pete going away anytime soon so he’s ready to move past the anger.”

“As long as Pete is respectful towards Kim and the kids, he feels like he has to just let it go,” it added.