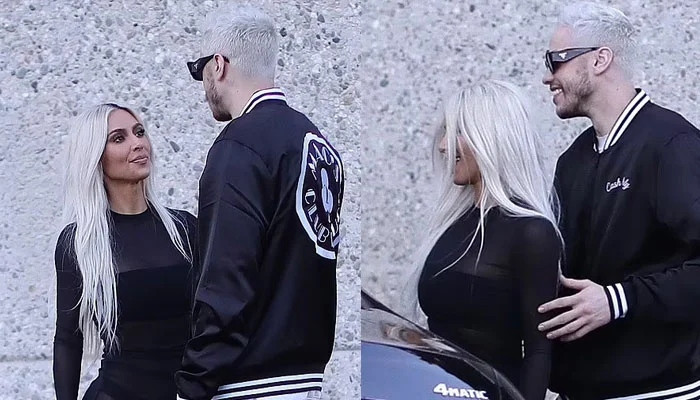 Kim Kardashian and Pete Davidson are quite supportive of each other’s careers and ‘making it work’ amid busy schedules.

The pair, who were first linked in October, have been apart as the former Saturday Night Live star, 28, films his latest movie, Wizards!, in Australia.

Now that the project is wrapping up, a source tells PEOPLE that The Kardashians producer-star, 41, is anxious to see her comedian boyfriend Pete.

“Kim loved visiting Pete in Australia in July. They had been apart for several weeks and they enjoyed a long weekend together,” the source says.

“Pete is still filming but will be finished now in August. He has another project in the U.S. though, so he will continue to be busy.”

The source adds the SKIMS co-founder “is just excited that he will be back in the U.S. soon.”

“The long-distance hasn’t been easy for Kim, but they are making it work. They are still very happy. They are very much a serious couple,” says the source.

In June, a source told PEOPLE that Kardashian “can’t get enough” of Davidson as they spent time together before his extended overseas trip.

“It’s their first summer as a couple and they are having a blast,” the source said at the time. “Pete has an intense work schedule starting later this summer, [so] they are trying to enjoy as much [time together] as possible right now.”

Added the source: “Kim is head over heels. She can’t get enough of Pete. He treats her so well. He is protective, super supportive, and just a great guy for Kim. She is the happiest.”