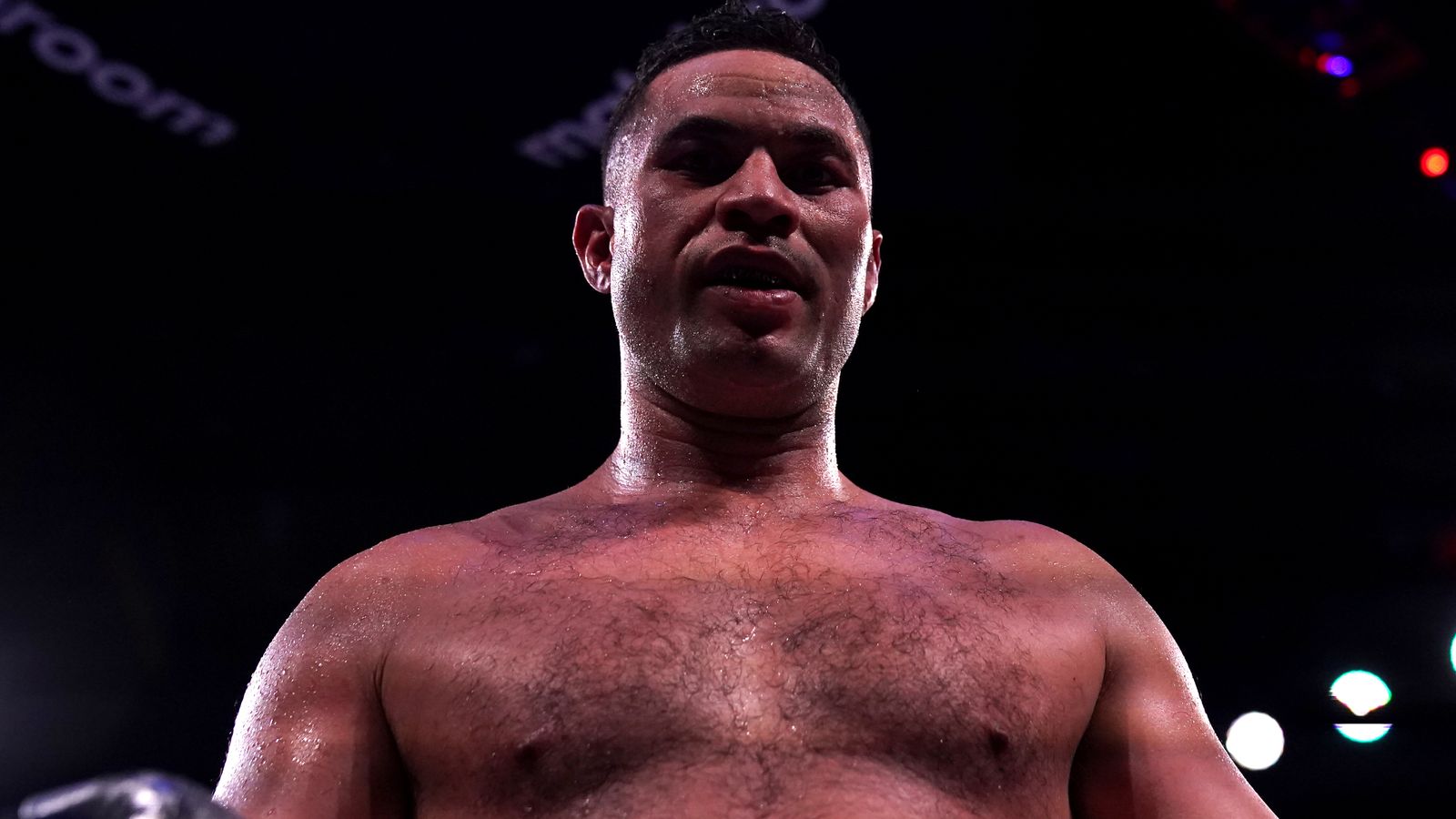 Heavyweight rivals Joseph Parker and Joe Joyce will fight next as they vie to become the leading contender for the Oleksandr Usyk vs Anthony Joshua winner.

Joyce and Parker are rated the No 1 and No 2 challengers respectively in the ratings for the WBO, whose belt is one of the three Joshua and Usyk will contest in their epic rematch on August 20, live and exclusive on Sky Sports Box Office.

Parker used to hold that WBO belt, losing it to Joshua in 2018. The New Zealander now is determined to become a champion again. Taking on Joyce to position himself for an eventual shot at the title is a crucial step along the way.

“On Saturday September 24, the fans in Manchester will see the very best of me. And Joe Joyce will see exactly why I will become the heavyweight champion of the world again with BOXXER [his promoter],” Parker said.

“I am working hard with my trainer Andy Lee, everything is going smoothly and I truly feel great. I have waited patiently to get this fight on and let me tell you now, the ‘Juggernaut’s’ journey ends right here. He has nowhere to run.”

But Joyce is a formidable opponent. An Olympic silver medallist in 2016, he has made a strong, remorseless ascent through the heavyweight division, stopping Daniel Dubois to win the British and European titles as well as defeating gatekeepers like Bryant Jennings, Carlos Takam and most recently Christian Hammer.

“This fight has been a long time in the making,” Joyce declared. “Parker realised he had nowhere else to go and eventually had to take this fight. No 1 vs No 2. The winner goes on to fight for the world title. It’s going to be a cracking fight and you will see why he tried so hard to avoid me.”

Making the Joyce-Parker fight, set for September 24 at the AO Arena in Manchester, also represents a significant moment of collaboration between BOXXER, who promote Parker, and Frank Warren’s Queensberry promotions, which represents Joyce.

BOXXER’s Ben Shalom told Sky Sports: “I think a lot was said about Joseph Parker avoiding fights and avoiding fighters, that’s never been the case with Joseph Parker. You can see that in his resume, you can see that he wants the biggest fights absolutely all the time, whatever he can get. That’s still the same. He wanted to sign with us. He knew that we could prioritise him in the heavyweight division and we now want the biggest fights for him. Joe Joyce is his biggest target. He’s in the number one position with the WBO and it’s a huge fight.”

“We are working with the Warrens to make this fight happen,” Shalom continued. “What I hope this shows, and I’ve spoken to George Warren and Frank [Warren] about this, is we don’t want to be seen to stop fights.

“It’s trying to trying to put the sport before business. Try to make the big fights happen, try and make sure you don’t stop them from happening. We want this to show that Queensberry and BOXXER and Sky can work together when it makes sense and when the fighters deserve to have their fights. It’ll be on BT Sport [Box Office].”

Shalom hopes that co-operating on these lines can unlock the possibility of making other big fights between the two promotional houses.

“If there is a rematch it’ll be on Sky Sports Box Office,” Shalom said. “We can see where it goes. That’s the most sensible way to operate. They’ve got some big names in the heavyweight division, they’ve got fighters that our guys will want to fight in the coming years.

Warren said: “This is the perfect test of big Joe’s world championship credentials and victory over Parker would propel him into the top echelons of the division and right in the mix with the likes of Tyson Fury and Oleksandr Usyk.”

“This is a fantastic fight that really keeps the heavyweight ball rolling,” he added. “It has proved to be a little while in the making, but this is a match between two in-form and quality heavyweights fighting to be first in the queue for a world title shot.”

While Usyk and Joshua fight for three of the major heavyweight titles on August 20 and Tyson Fury, the WBC champion, considers his next move, contests like Joyce-Parker will keep the rest of the weight class active.

“Hopefully [the other heavyweights] don’t wait on their opportunity for fight for world titles but they start fighting each other,” Shalom said.

“It keeps that heavyweight division moving, a massive opportunity for Joseph Parker. I think he does have what it takes to beat Joe Joyce, I think it could be a bad style for Joe to fight Joseph Parker who we know is tough, who we know is quick, we know is in and out, who will be hard to hit and I think it’s going to be an interesting night.”

The biggest fight in the history of women’s boxing – Claressa Shields vs Savannah Marshall – is live on Sky Sports on Saturday, September 10. Be part of history and buy tickets for the London showdown here.