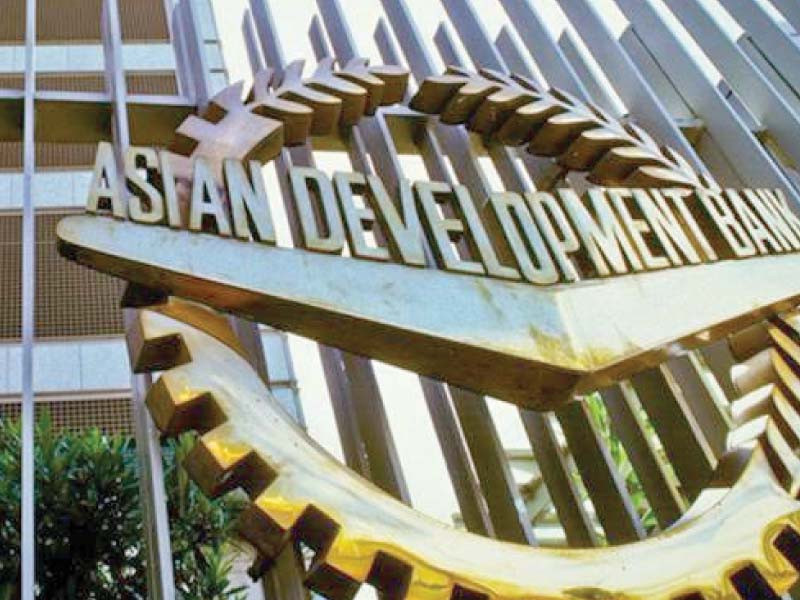 
Pakistan’s economic outlook hinges upon the restoration of political stability and continued availability of foreign loans, said the Asian Development Bank (ADB) on Wednesday in a report that revealed the Pakistani rupee as the third worst performing currency in Asia.

The Asian Development Outlook Update report showed that, despite the floods, Pakistan’s economy could still grow by 3.5% and its inflation rate could accelerate to 18% – two key projections for which the government had given a gloomy forecast.

The projected economic growth rate of 3.5% is the second-lowest in South Asia the 18% inflation rate is the second highest in this region, although the actual growth rate may remain lower and inflation higher than the ADB forecast.

According to the report, the economic outlook will also depend on the continued availability of adequate external financing under challenging domestic and global economic and political conditions.

The potential economic consequences of the recent floods heighten the already significant risks to the outlook, including an elevated inflation rate, possible fiscal slippage as general elections approach, and a higher-than-projected increase in global food and energy prices, stated the Manila-based lending agency.

The report noted that because of worsening debt-related financial stress, the currencies of the Lao PDR, Pakistan, and Sri Lanka fell sharply. The rupee was the third worst performing currency in Asia, after Sri Lanka and Lao PDR. The local currency has lost 32% of its value since January.

However, ADB advocated that Pakistan should continue exchange rate flexibility which will help absorb external shocks and support the rebuilding of foreign exchange reserves.

Inflation is also expected to accelerate in the current fiscal year with the new tax measures announced in the budget, together with an increase in the wheat support price and planned upward adjustments to electricity tariffs.

The government has projected that the inflation rate may cross 27% in this fiscal year due to supply chain-related disruptions.

ADB has also downward revised the growth forecast for Pakistan to 3.5% from the 4.5% projection made in April this year, as economic activity will be curtailed by ongoing stabilisation efforts. But the government has given a 1.2% to 1.7% economic growth forecast in the aftermath of the floods.

According to the lender, fiscal consolidation, apart from relief for flood damage, and monetary tightening are expected to suppress domestic demand. A contraction in demand, together with capacity and input constraints created by higher import prices from the rupee’s large depreciation, will reduce industry output.

Agricultural growth is expected to moderate on high input costs, including electricity, fertilisers, and pesticides. Slower growth in agriculture and industry will in turn diminish services growth, particularly wholesale and retail trade.

The lender further added that, compared to the last fiscal year, Pakistan’s current account deficit will narrow this fiscal year to around 3% of the GDP. Exports and remittances will rise, supported by improved confidence, a flexible exchange rate, and the continuation of the central bank’s export facilitation scheme. Import growth will also slow on moderating economic growth and the rupee’s depreciation, added report.

ADB cautioned, however, that while foreign capital inflows are expected to increase, financing challenges will remain given the large sums needed to cover the current account deficit and service debt repayments.

Maturing external public debt will be at about $21 billion in FY2023. The fiscal deficit is expected to decline to 4.9% of the GDP through a mix of ambitious revenue mobilisation efforts and subsidy cuts in this fiscal year.