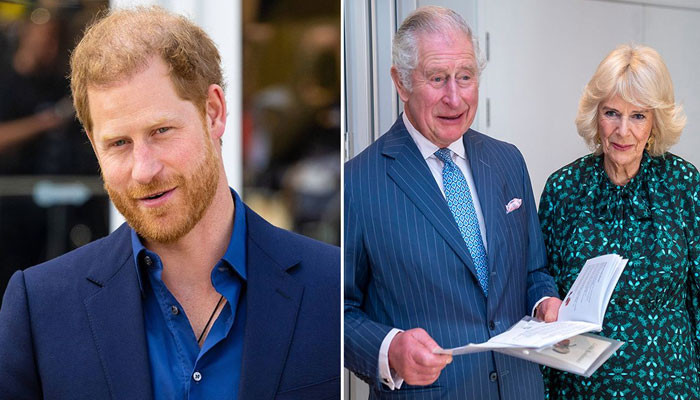 Journalist Katie Nicholl wrote in the New Royal that Charles once held a meeting with the Duke of Sussex to ‘clear the sir’.

The expert wrote: “The meeting with Charles and Camilla was more awkward than their cordial tea with the queen.”

“Harry] actually suggested that they use a mediator to try and sort things out, which had Charles somewhat bemused and Camilla spluttering into her tea,” the new book read.

According to a family friend Camilla thought the Duke of Sussex’s suggestion was ‘ridiculous’, insisting that they should resolve the issue within the family.

This came after the new monarch said in his first televised address on 9 September. “’I want also to express my love for Harry and Meghan as they continue to build their lives overseas,” Charles said.