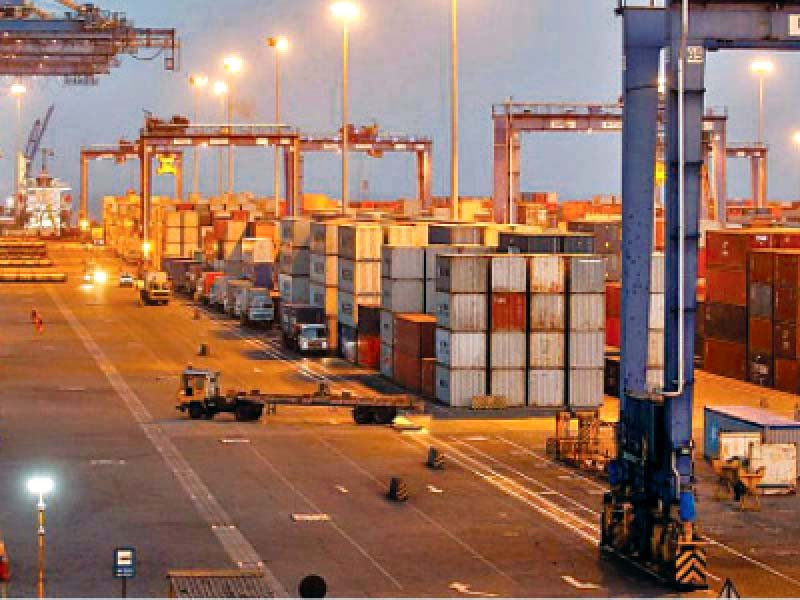 
Businessmen have demanded an amendment to the export proceeds rule to accelerate export payments. This would buttress foreign exchange reserves of the country and help prevent further volatility of the rupee against the dollar.

Jawad proposed that SBP steps in and offers to swap the dollar funds into rupees for borrowing banks and through this SBP could raise substantial funds of up to $5 billion.

He rejected the finance ministry’s notion that political unrest was hurting the country’s financial stability through exchange rate depreciation and reduced investment and instead demanded government action to remedy the situation.

“Unfortunately, in the previous few months, many exporters in quest for extra profit, delayed their proceeds,” he said.

Former member of the Prime Minister’s Economic Advisory Council, Dr Abid Qaiyum Suleri, endorsed this view and stated that this would constitute a step in the right direction.

The delay in bringing export earnings on the basis of speculation is bad for Pakistan’s balance of payments and must be addressed, he said.

These measures are tough for the regulator and the authorities, he said. However, with a view to enhancing the value of the rupee in the future, these steps towards regularisation should be undertaken as soon as possible.

Jawad also said that private dollar bank accounts have to be halted in Pakistan. If people require dollars, they can acquire it from banks. However, the limit should not exceed $2,000 per day on an individual CNIC.

In Bangladesh for example, individuals are hardly allowed to take $1,000 for their use because state authorities maintain a strict check and balance on foreign currency. This is one of the factors why their currency is strong even today, he added.

People will buy expensive dollars in a state of panic and will keep them outside bank accounts, he said. Such a move will also shake the confidence of overseas Pakistanis who are sending $31 billion per annum as remittances.

Arif Habib Limited Head of Research Tahir Abbas said export proceeds’ time should be decreased or the exchange rate should be locked on the prevailing day so that exporters won’t delay the proceeds.

However, private dollar bank accounts should not be halted as this will create further pressure and panic in the market, he added.­­