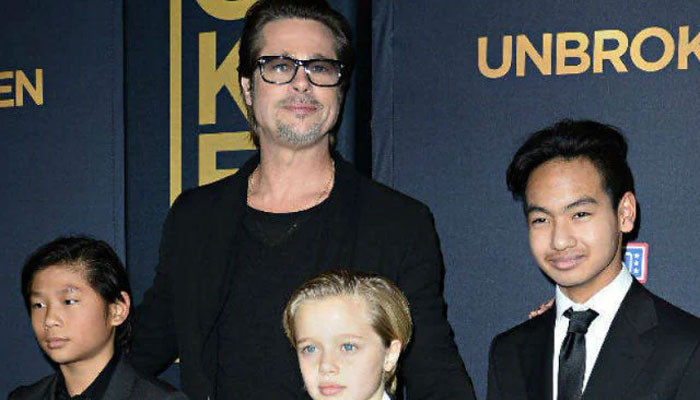 Brad Pitt could not fix his relationship with his eldest son Maddox after he reportedly hit him during an argument with Angelina Jolie back in 2016.

An insider spilled to In Touch Magazine that the Bullet Train star is still “super upset” that despite his efforts, he is not getting along with his 20-year-old son.

“He sent him a gift for his 21st birthday and a loving note as a last ditch effort to make amends, but never heard back,” the insider told the outlet.

“When Maddox was younger, they had such a special connection. Brad and Maddox not only bonded on a loving father-son level but also intellectually,” the source added.

“Brad really misses Maddox and was really hoping to repair their relationship, but he has hit a wall,” the source claimed.

The 58-year-old actor strained his bond with Maddox when he “attacked” him while he was arguing with his former wife and Maddox’s mother on a flight from France in 2016 as per OK! Magazine.

Pitt “was drunk, and there was an argument between him and Angelina,” the insider revealed at the time. “There was a parent-child argument which was not handled in the right way and escalated more than it should have.”

“He is emphatic that it did not reach the level of physical abuse, that no one was physically harmed. He did not hit his child in the face in any way. He did not do that; he is emphatic about that. He put his hands on him, yes, because the confrontation was spiraling out of control,” the source shared.

However, a source shared that Maddox can’t forget how his dad acted with him back then, adding, “The truth is, he still finds it difficult to get past what happened between them.”

“Anyone who goes up against his mom is not going to get much time from Maddox. He would do anything for her,” the insider said.