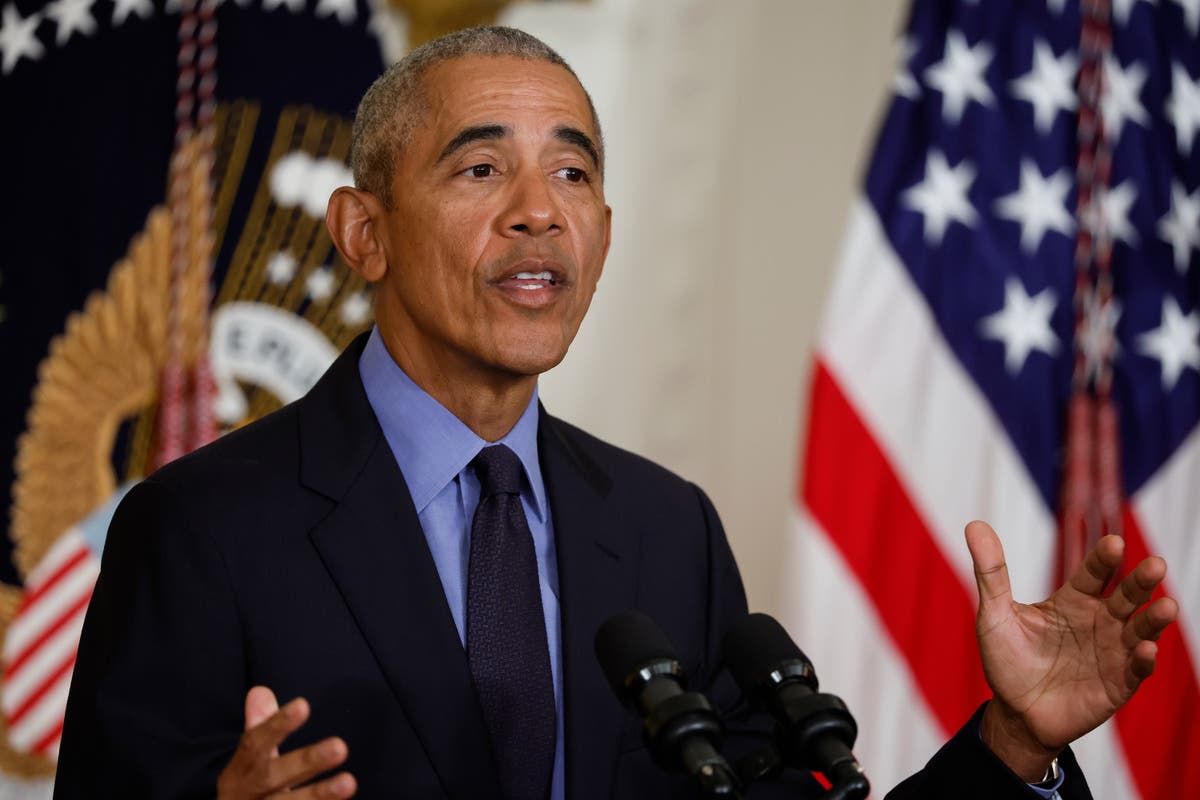 Barack Obama revealed how he’s celebrating his 61st birthday with a sweet tribute to his late mother, Ann Dunham.

On Twitter on Thursday, the former US President revealed that the Obama Presidential Center’s water garden, based in Chicago, Illinois, will be dedicated to and named after Dunham.

In the post, Obama shared how his mother influenced him and said that the garden will be a place for visitors to “reflect”.

“My mother, Ann Dunham, was the biggest influence on my life, and helped shape me into the person I am today,” he wrote. “I’m proud to share that the Water Garden at the Obama Presidential Center will be named in her honour.”

“The Ann Dunham Water Garden will be a special place for visitors and members of the community to reflect,” he continued. “It will also feature an incredible new sculpture by Maya Lin, whose work I’ve long admired.”

According to a blog post written by the Chief Executive Officer of the Obama Foundation Valerie Jarrett, the company will be launching “the Obama alumni campaign to fund the Water Garden”.

Jarrett also praised Dunham’s beliefs in “the power of human connection and the inherent dignity in all of us,” which were “instilled in her children,” before noting how the garden will be a “special place”.

“The Water Garden will honour Ann Dunham’s life and legacy, making her name forever a part of the Obama Presidential Center experience,” she wrote. “The Ann Dunham Water Garden will be a special place–where families can enjoy a quiet moment of reflection, children can go for a splash through the water fountain, and the community can come together for intimate performances.”

In a press release, Obama shared how this garden is the “most fitting way” to commemorate his mother.

“I could picture her sitting on one of the benches on a nice summer afternoon, smiling and watching a bunch of kids running through the fountain, and I thought that would capture who she was as well as just about anything else,” he said.

Dunham, who was born Stanley Ann Dunham, died of ovarian cancer in 1995.

The Ann Dunham Water Garden is only one of the many locations that will be a part of the Obama Presidential Center, which began construction in September 2021.

Some spaces being developed include the “Opening the White House” exhibit, named in honour of Michelle Obama’s mother, Marian Robinson, and “The Eleanor Roosevelt Fruit & Vegetable Garden”.

Aside from celebrating his mother, Obama was also honoured by his loved ones on Thursday. On social media, the former First Lady posted a throwback picture of her husband and wrote: “Happy birthday to my honey! Life with you just keeps getting better every year. You always make me proud. I love you.”