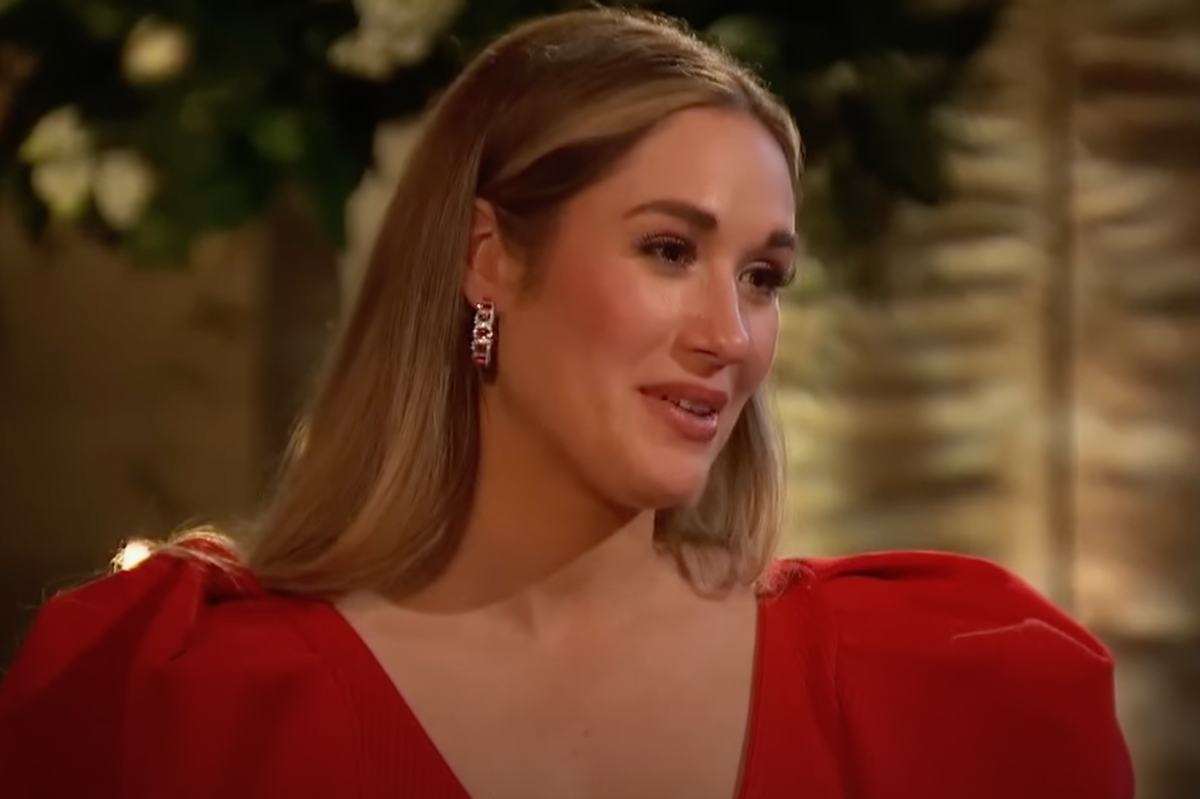 On Instagram on Tuesday, Fetman spoke out in support of Recchia’s dress, which she wore on Monday’s episode of The Bachelorette during a museum date with contestant Zach Shallcross. The outfit consisted of a red mini dress with a V-neckline and oversized statement balloon sleeves.

In the caption of the post, the stylist set the record straight and made it clear that he didn’t “hate” Recchia, as many fans had suggested after she appeared in the dress. Rather, according to Fetman, when styling Recchia, he’s wanted to give her options that she may only be able to wear “once in a lifetime”.

“For all that think I hate her, let’s just deal with this dress tonight,” he wrote, along with a series of photos that featured the pilot in the red look. “If you had the once in a lifetime chance to be the Bachelorette; 1: Would you choose having a blast with high fashion clothes that you’d probably never have a chance to wear again? Or 2: A sexy over-the-top black sequin dress or sexy silk? Vote 1 or 2?”

Fetman, who has worked for the Bachelor franchise for more than 20 years, went on to provide a description of the outfit, which he said was designed by AZ Factory and paired with diamond earrings by Charlie Lipson.

Recchia expressed her appreciation for Fetman in the comments of the post, writing: “I love you!” In response, he jokingly wrote: “I kind of like you? Or maybe hate or just love having fun with you?!!!! I can’t even post any more tonight,” prompting the reality star to continue the bit and write: “We hate each other.”

Fetman then jokingly added: “No you can’t hate me??’!!!! I said I almost hated you first.”

The stylist’s comments came after fans on Twitter questioned Recchia’s outfit choices over the season, and her latest red dress for its puffy sleeves.

“Bachelorette stylist has been doing Rachel so dirty this season, this dress with one random puffy sleeve is atrocious,” one person wrote after Monday’s episode.

“Rachel’s red dress is the dumbest thing I have seen in ages. She looks like a 90s NFL player with those pads,” another claimed.

A third person wrote: “Are Rachel’s dress sleeves full of tissues for her to use when she cries?”

Multiple viewers continued to poke fun at the puffy sleeves, with some comparing the outfit to James Marsden’s look as Prince Edward in Enchanted or to what Lord Farquaad wore in Shrek.

This season of The Bachelorette follows Recchia and her co-lead, Gabby Windey, on their quest to find husbands. The duo first became a part of the ABC franchise while competing on The Bachelor last year. They were both ultimately eliminated from the season by lead Clayton Echard.

In July, Fetman spoke to Entertainment Weekly about the two women’s different styles, where he noted that Windey’s “style is very sexy”. He also explained that Recchia’s “self-described style” is “mother of the bride,” which he said that he “didn’t necessarily agree with”.