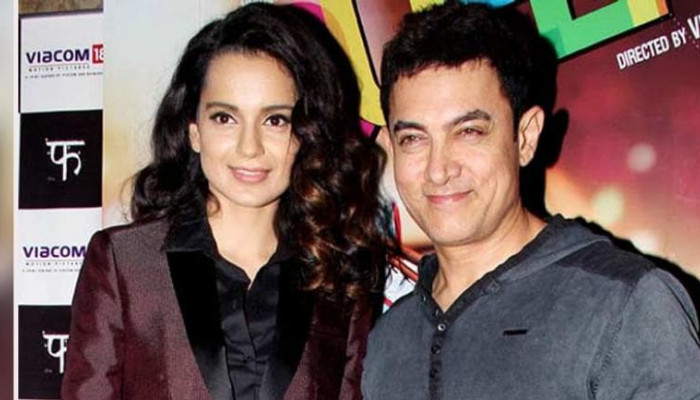 Aamir Khan has allegedly curated the negativity around his upcoming film Laal Singh Chaddha given that no Hindi films are doing good business at the box office lately, as per fellow Bollywood actor Kangana Ranaut.

Aamir’s upcoming film Laal Singh Chaddha has faced a huge backlash on social media, with the hashtag #BoycottLaalSinghChaddha garnering over 70,000 tweets on Twitter.

Commenting on the same, Kangana claimed that Aamir himself is behind the trend considering that Hindi films haven’t enjoyed much success at the box office as of late.

The Gangster actress took to her Instagram stories to share a note that said, “I think all the negativity around the upcoming release Laal Singh Chadda is skilfully curated by mastermind Aamir Khan Ji himself.”

“This year, no Hindi films have worked (barring one exception of a comedy sequel) only south films deeply rooted in Indian culture or with local flavour have worked. A Hollywood remake would have not worked anyway,” she added.

The actress further added in her note, “But now they will call India intolerant, Hindi films need to understand the pulse of audiences it’s not about being a Hindu or Muslim.”

“Even after Aamir Khan Ji made Hinduphobic PK or called India intolerant, he gave the biggest hits of his life. Please stop making it about religion or ideology. It takes away from their bad acting and bad films,” Kangana concluded.

Laal Singh Chaddha is an official Hindi remake of the 1994 Hollywood film Forrest Gump which starred Tom Hanks. The pan-Asian film is directed by Advait Chauhan and features Aamir and Kareena Kapoor in the lead roles.