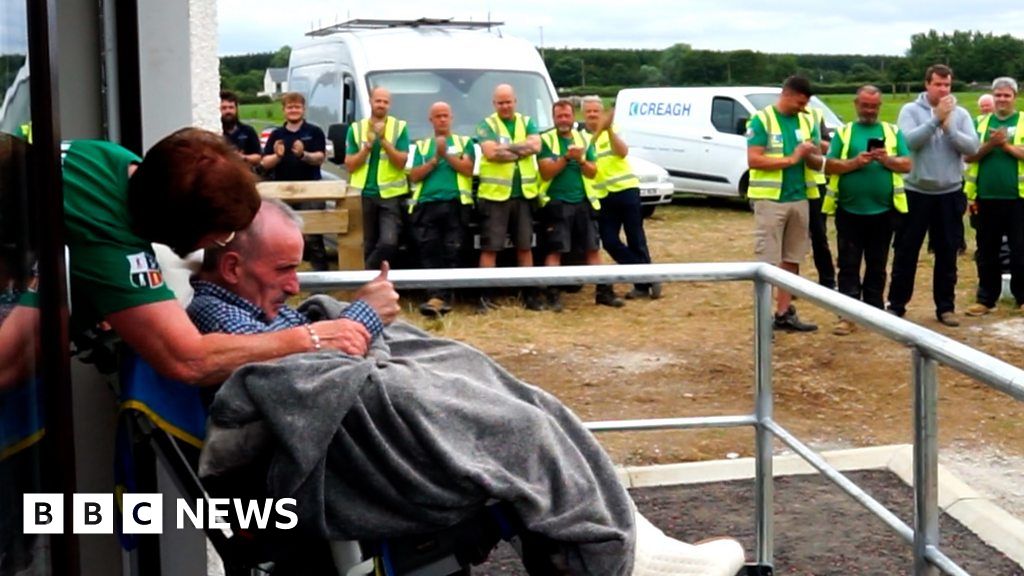 Kevin McGowan, a former bricklayer from County Antrim in Northern Ireland, was diagnosed with a rare neurological disorder in 2012 that left him mostly bed-bound.

BBC News NI’s cameras were there to capture the moment he and his family were shown the end result of a disability-accessible addition to their home.

The construction was at no cost to the family and was organised by the charity Band of Builders.